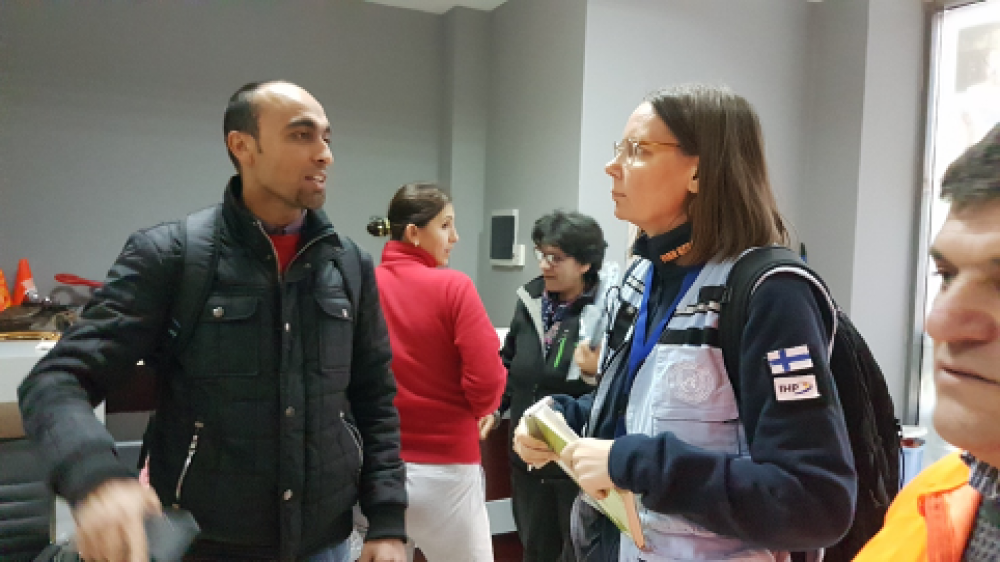 26th of November 2019 Albania was struck by several Earthquakes. After the initial rescue phase, an UNDAC team was established to support the local authorities with rescue and emergency sheltering efforts. As IHP was requested to support the UNDAC team, two experts from Finland were sent to Tirana, Albania. These experts are members of the Finn Rescue Team and were deployed by the Emergency Services Academy Finland.

IHP mission began in 20th of December and continued until the UNDAC team was demobilized in 6th of January 2020. IHP experts' main mission was to provide the UNDAC team with Information management, ICT, logistics and other technical support. In addition to fulfilling their initial requirements, the Finnish experts also supported the UNDAC team in several assessment missions throughout the operation. The team worked in close cooperation with UN Resident Coordinator, who e.g. provided the working facilities for them.

IHP's contribution to the operation was very much needed and appreciated by the UNDAC team.